During my time at TravelBird, I’ve worked worked most of my time in close contact with the Marketing team. Below you will find a small selection of what I’ve created and where I’ve worked on.

When I started the marketing team was not centralised, but spread over 14 markets. I worked with a lot of individual requests, meaning I had to prioritise my own time. In the summer of 2016 a central marketing team formed, where I was the only designer to support them. We created a lot of small campaigns, mostly affiliate and lead campaigns, where we tried to attract new travellers to TravelBird. Next to that we made a lot of printed scratch cards, flyers, advertisements in magazines, billboards etc.

The last months at TravelBird I was working full-time in the Marketing team, supporting mostly Brand and Social. We did some bigger campaigns, where the focus was more on the brand, other than the products TravelBird offers. I’ve joined a lot of brainstorm sessions, thought about new projects, and helped other people out with video, audio, communication, design and concepts.

For the affiliate team I’ve created templates of banners, and other expressions which they could update and adapt to their own purpose. I’ve trained around 20 tot 30 people in the office to work with Sketch and our style guide. By helping them I could also monitor the visual identity. 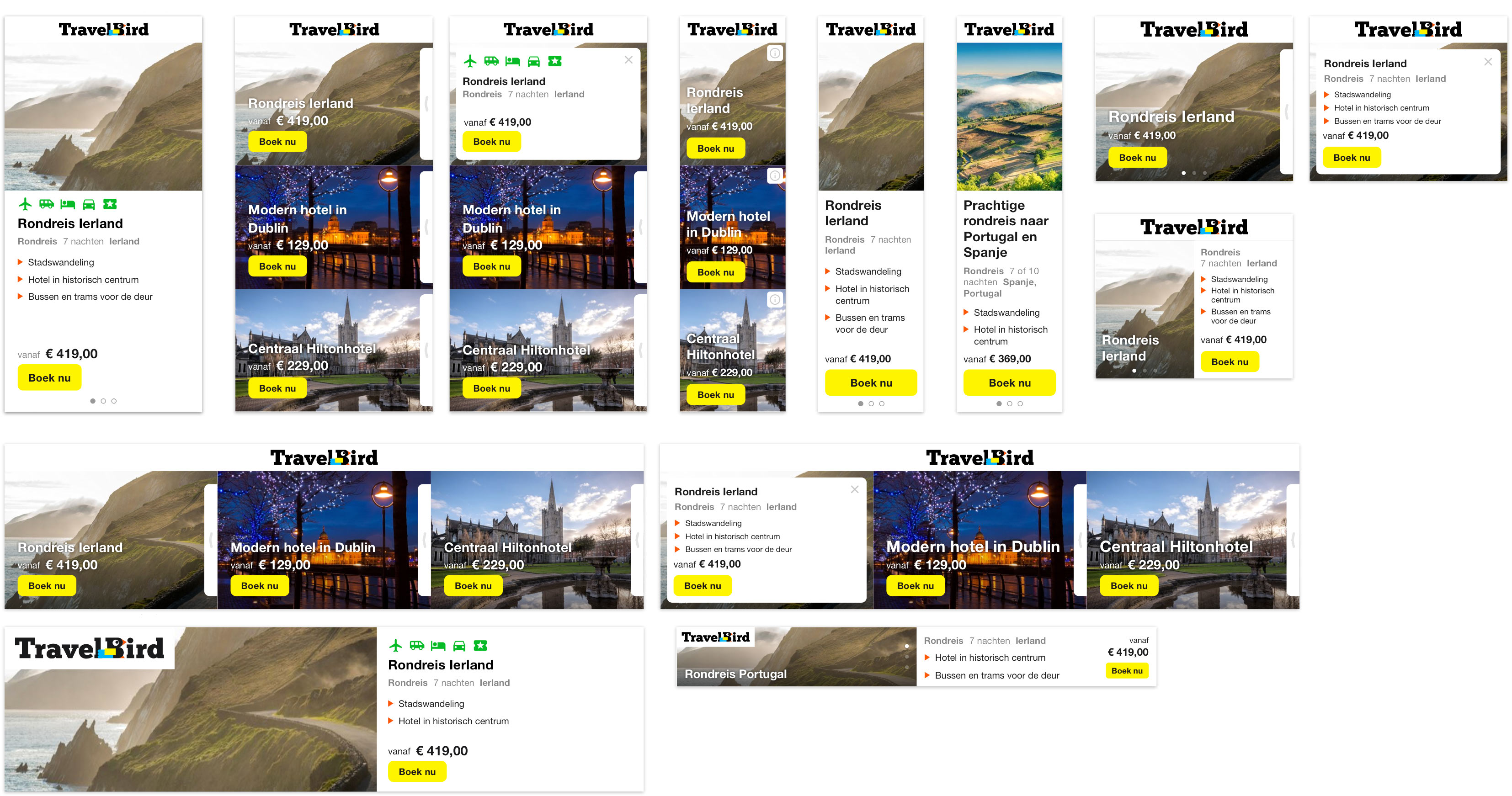 For the Social Media team I’ve created a Social Media kit, so the expressions got the same look and feel. This created a lot of consistency and trust. It helped the team to spent more time on the concept instead of the visual expression. Of course, when new ideas came up I helped them with the realisation.

Next to this I also created some SEO campaigns (Beach Price Index 2018, Most Welcoming Cities, Most Travelled Musicians, Most Green Cities, and many more), together with Manuel Robledano and an external agency. By link building we gained our place in the search engines, so we scored better when people searched on our keywords. Pages are build for journalists and so they can digest their own stories from the data of the graphs. We decided to style the pages not too sexy, because journalists other think it’s too commercial. These kind of pages are one of the reasons the SEO from TravelBird works so well.

Below the last campaign I did at TravelBird, about celebrating life all over the world.

This video 👆🏼 was one of the elements of the campaign landing page below 👇🏼.